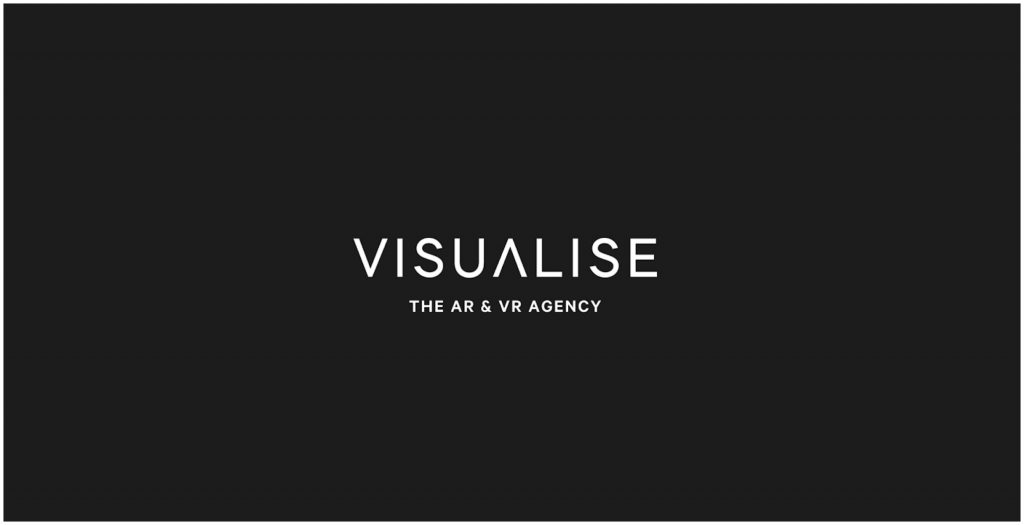 Steven is pleased to announce his inclusion on the Visualise VR Studio Directors roster.

Here’s what Visualise Co-Founder, Henry Stuart had to say;

“There’s no doubt that it’s getting a lot easier to make VR nowadays. There are better cameras, better software and more skilled & experienced operators. Above all, however, you need great Directors. In my opinion, we’re clearly seeing now that good VR experiences are living or dying not from their technical production aspects, but on their creative merit. We have recognised that the industry is at a point where experiences need to be led by great creative minds. As a result, we have started a roster of the best VR Directors out there, all of whom have created stunning, well thought through VR content.

We bring our Directors in early, from the pitch stage, so they help work up the initial ideas and creative decks, alongside our technical production team. Once the project is won, our directors work up storyboards, scripts and work closely in all aspects of the project from casting & art direction, through to the shoot itself and finally post production” 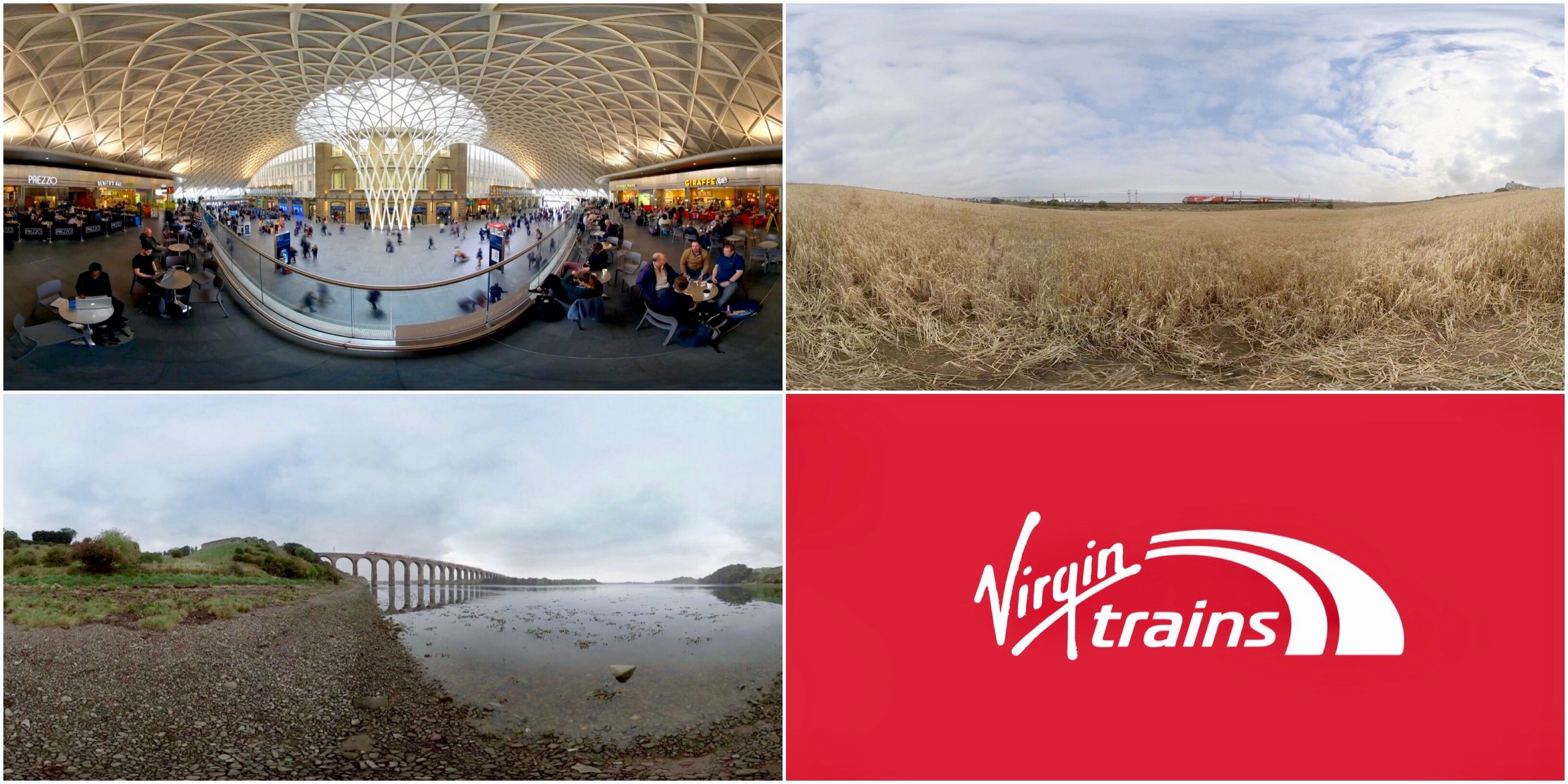 Steven recently teamed up with London VR studio Visualise to create a recruitment film for Virgin Trains East Coast. The VR experience adopts a ‘Day in the life’ approach, allowing the viewer to take a more in-depth look at some of the roles and working environments within the Virgin Trains network.  The 5-day shoot spanned the length of the country taking in some of the East Coast’s more picturesque routes, filming on location in London, Yorkshire and Northumberland. 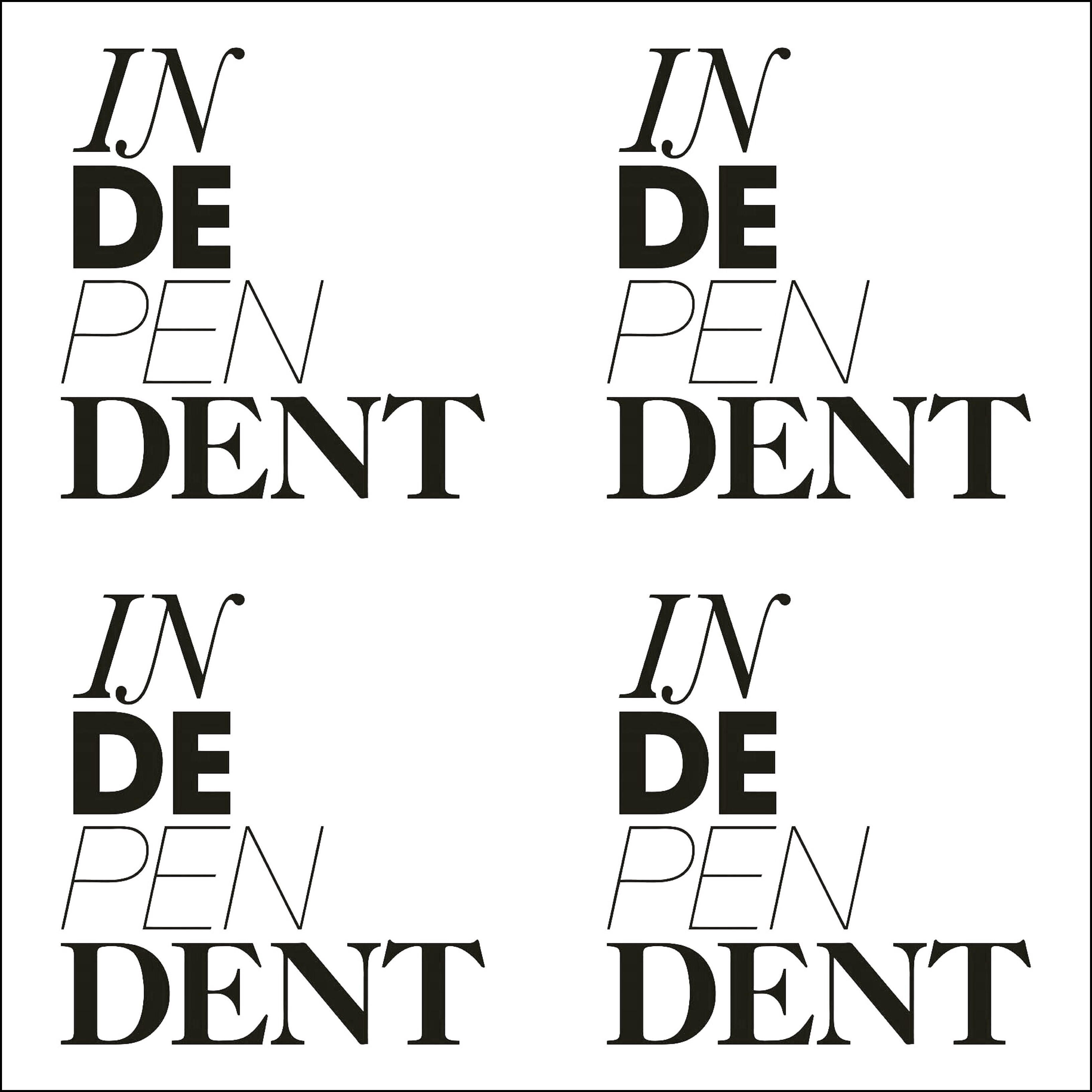 Steven is happy to announce that he is now represented by Independent Talent Agency for Television & Film. For short form projects; brand films, content and VR – please continue to contact Steven directly. 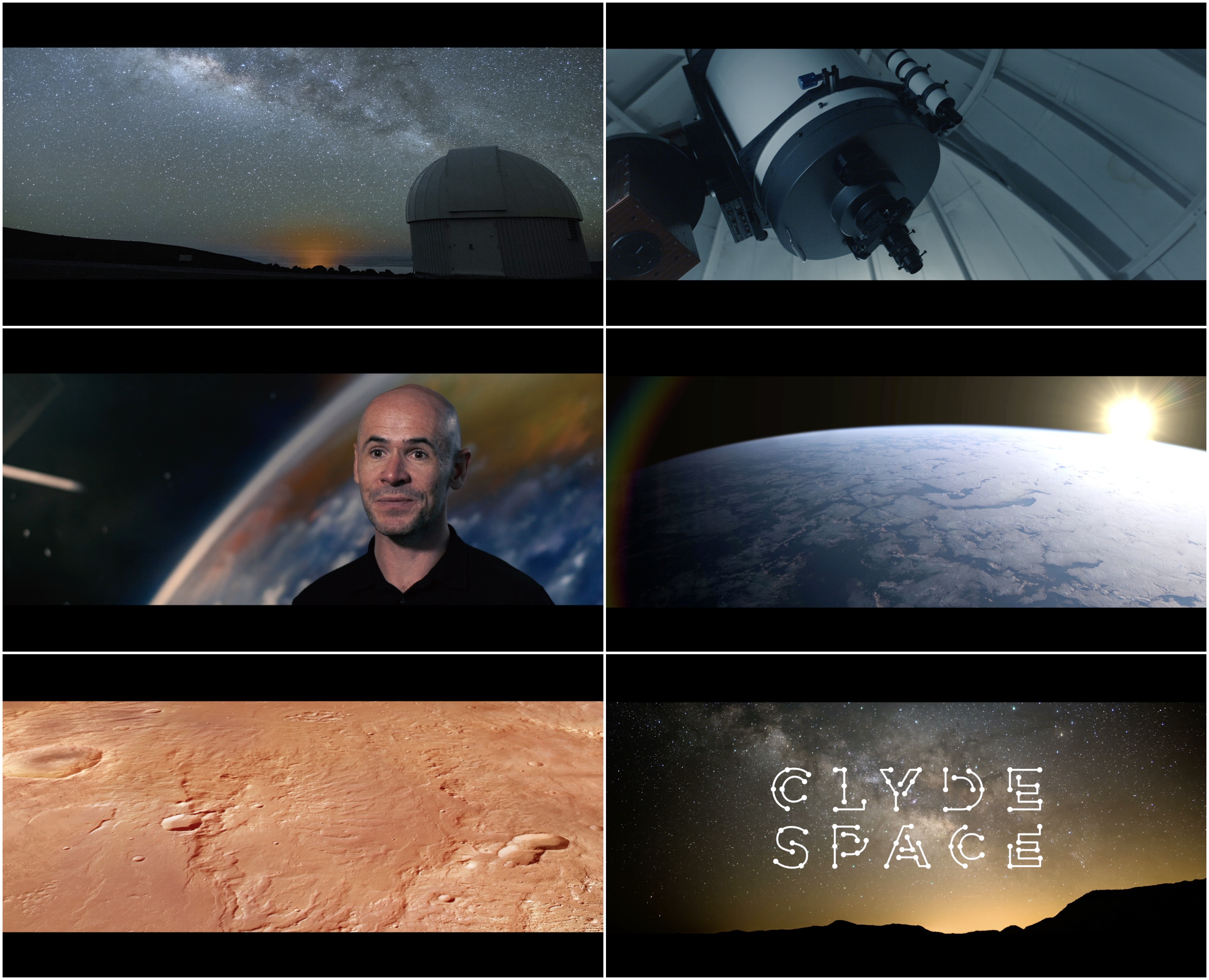 Space is Awesome! This is the company mantra of Clyde Space, a Glasgow based satellite manufacturer and the first company to put a Scottish built satellite into orbit. Steven was commissioned by 2XS Films to write, produce and direct a film detailing their company story, current missions and future ambitions. 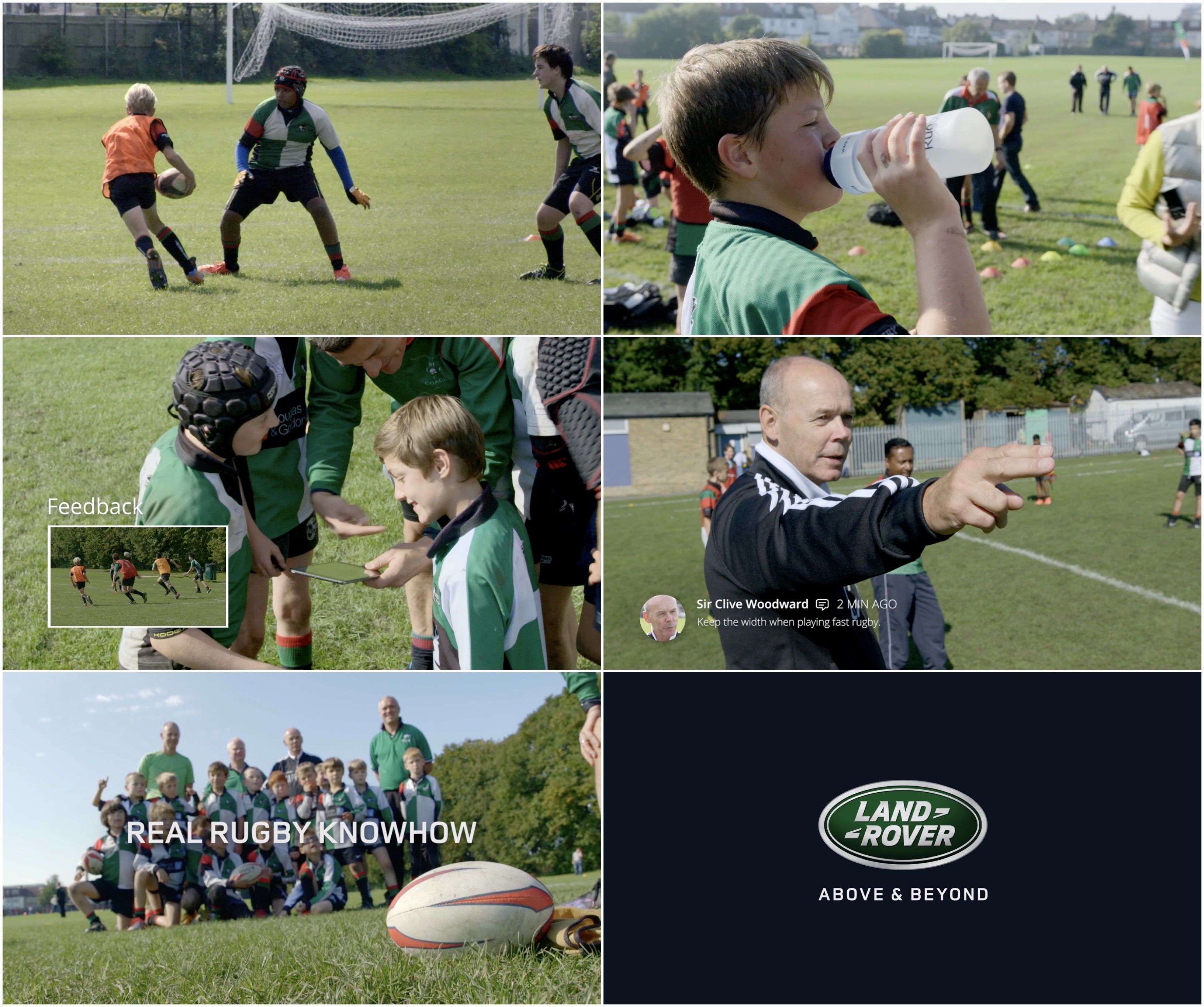 Steven directed a film for Land Rover’s Rugby Zone – a rugby learning app designed to develop the skills of young players by enabling coaches, teams and players to share tips, drills and digital learning resources. Rugby Zone has over 100 ready-to-use coaching tips from some of Britain’s leading coaches including rugby legend and World Cup-winning coach Sir Clive Woodward. Land Rover is proud to be a long-time sponsor and supporter of the grassroots game in Britain.

Capco | Are you Capco? 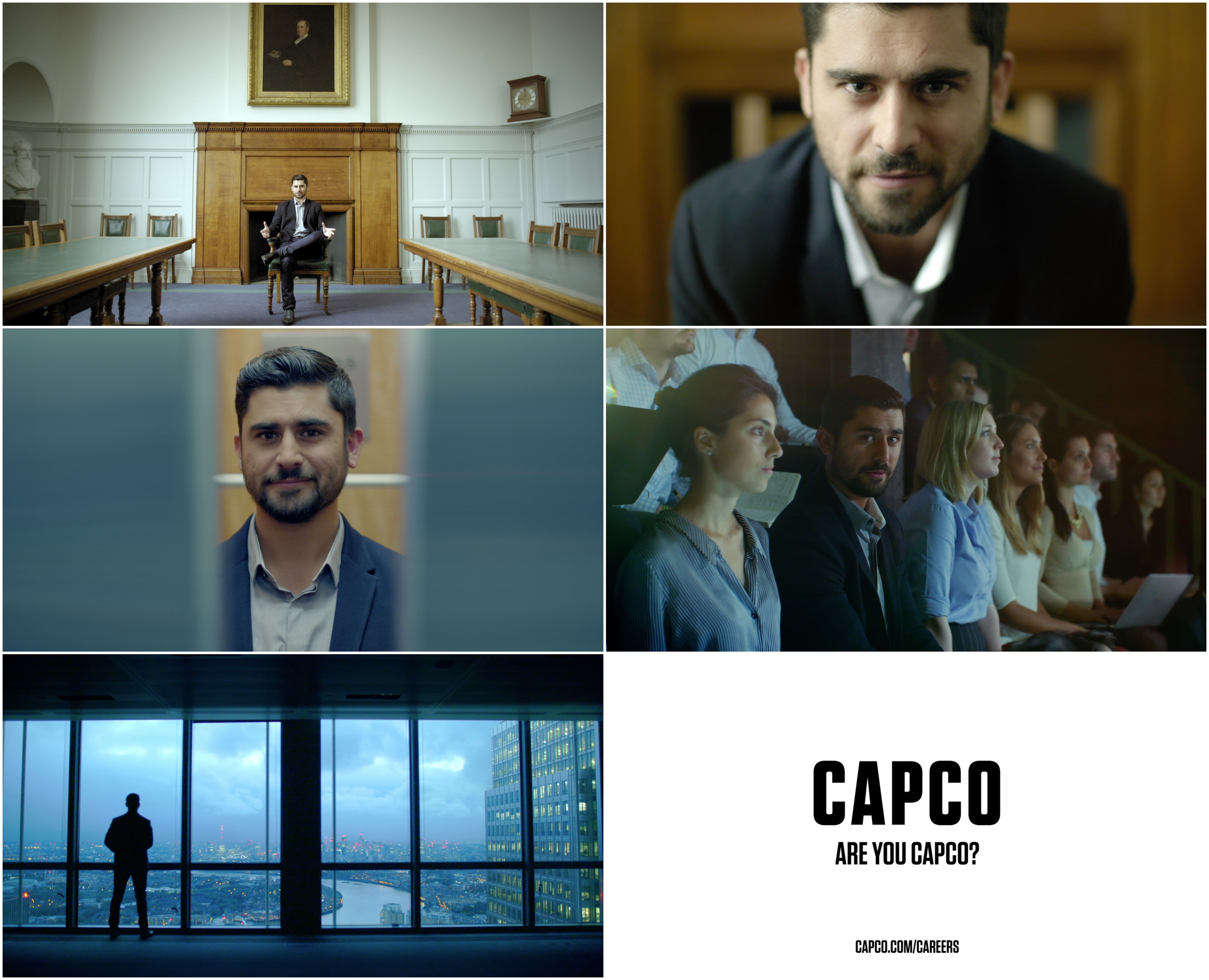 Steven recently teamed up with Gorilla Gorilla to direct a film for Capco. The dynamic, presenter-led film was designed to spearhead Capco’s new employer brand campaign aimed at attracting high calibre graduates and new recruits. The campaign needed to reassert what makes Capco an attractive employer and reflect their refreshed brand positioning. The 90 second film will be used across Capco’s social media channels and website. 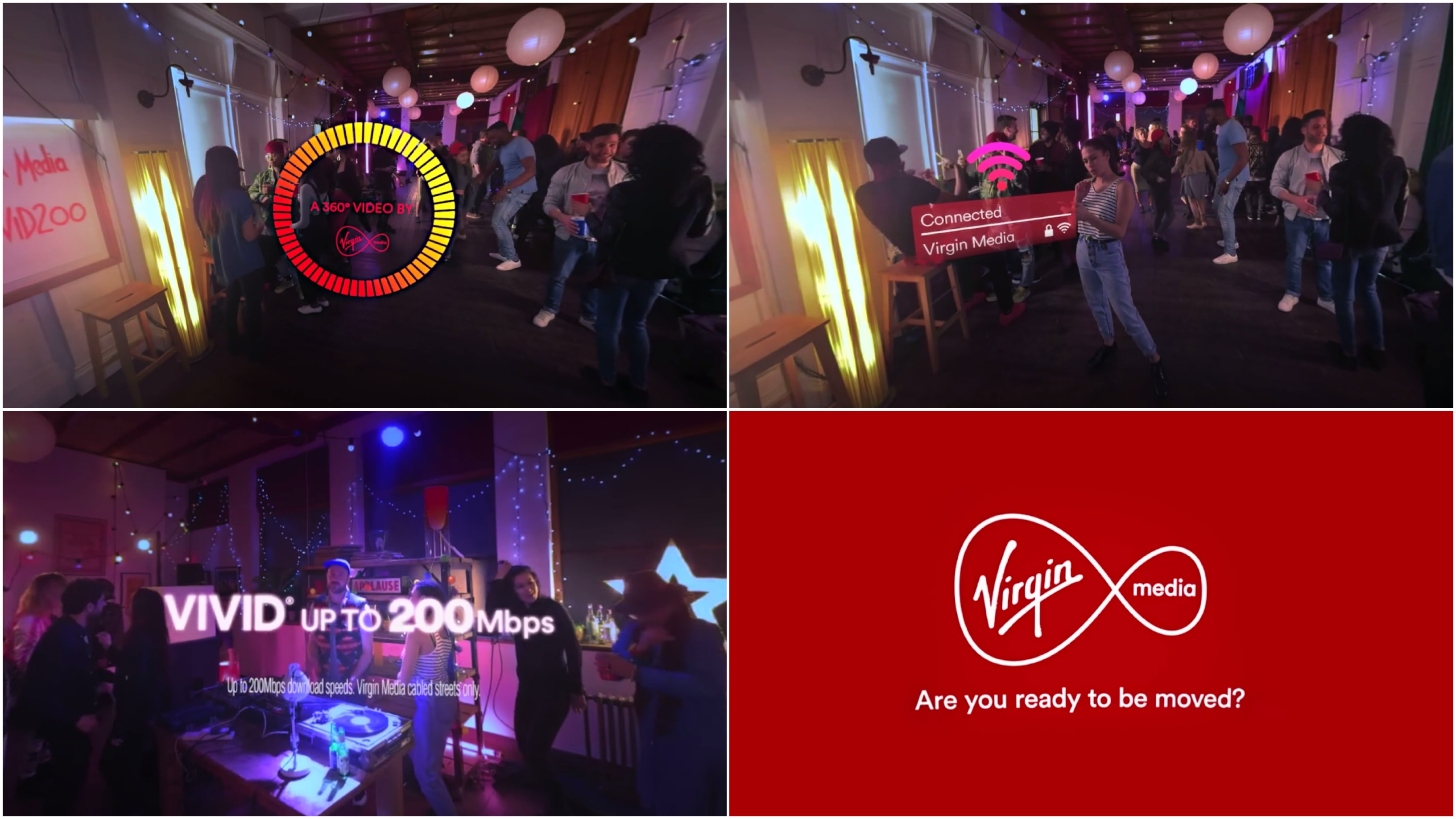 Steven took his first steps into the exciting world of virtual reality and ‘360° directing’ with Virgin Media’s VIVID party. The VR experience places the viewer in the middle of a house party where they are led through the room and towards the dancefloor. After an accident near the DJ causes the music to grind to a halt, the viewer saves the day by connecting to Spotify to restart the party – all thanks to Virgin Media’s superfast VIVID broadband.

In a VR first, the ‘Jaunt One’ – a 24 lens, 360° VR camera was attached to a remote controlled, robotic buggy (The Mantis Rig) to capture the action in a single two-and-a-half-minute shot.  This ‘one take’ approach created a seamless sense of movement through the party, offering an immersive VR experience without the unnatural distraction of cuts. To further enhance the realism, a 360° binaural sound mix was created to ensure the sound reacted realistically to the viewer’s movements. 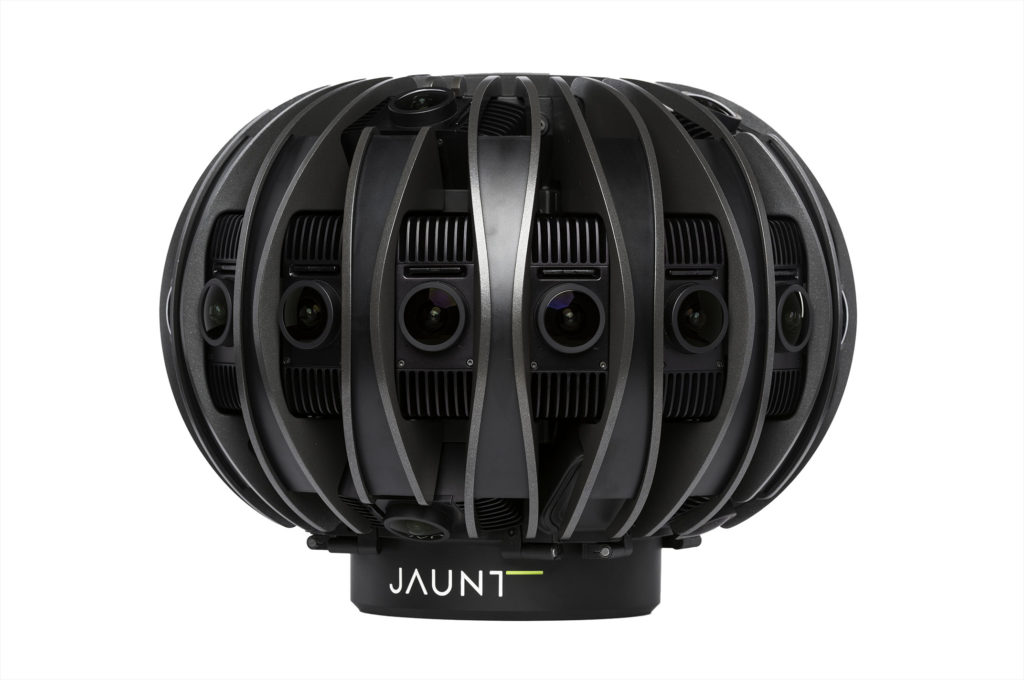 Viewers can experience the Vivid Party as a 2D 360° video on YouTube via their tablet or smartphone, or for the full VR experience they can access the film via the dedicated Jaunt Smartphone app for use with Samsung Gear VR or Google Cardboard. Remember to plug in your headphones for the full, immersive 360° audio experience.

It’s what all the cool kids are doing!

Step into the party! 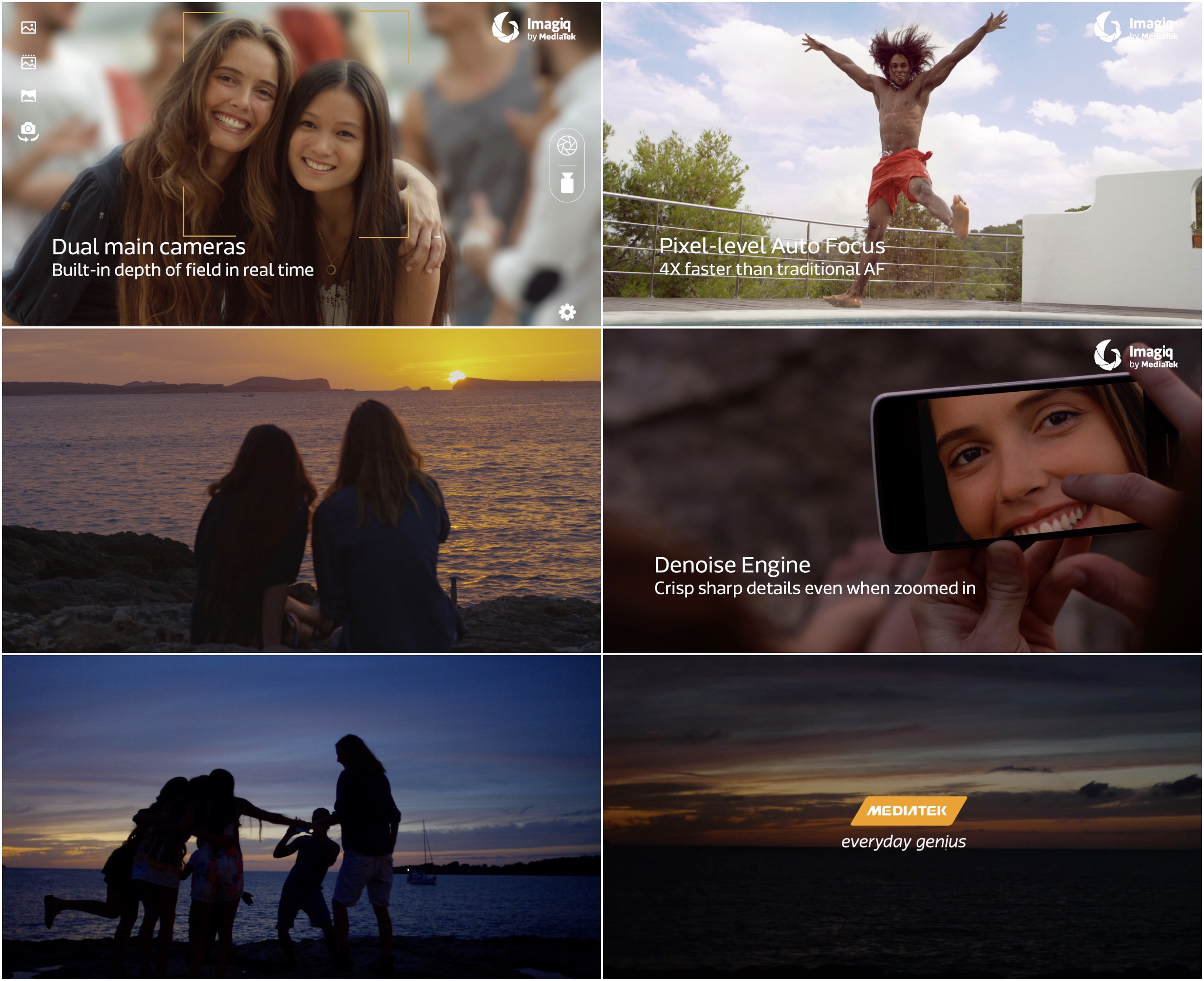 Steven has just completed work on a brand film for Mediatek. Shot over 3 days in Ibiza, the film is a showcase for Mediatek’s new Imagiq camera phone technology and was produced by agency MCC GLC 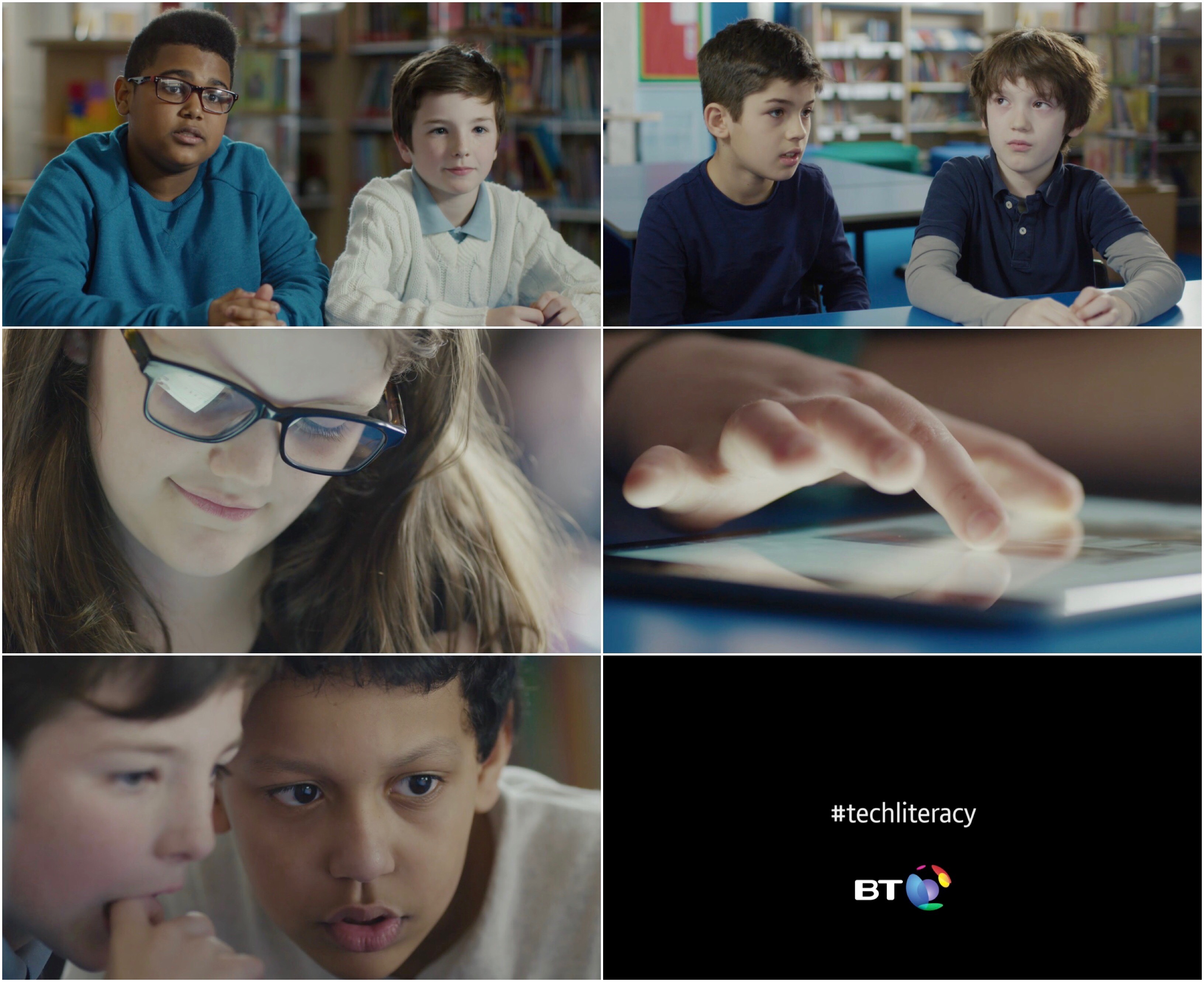 Steven has completed work on an entertaining series of films for BT, highlighting their new ambition to build a culture of tech literacy in the UK. In the films we hear what school children really think about technology. 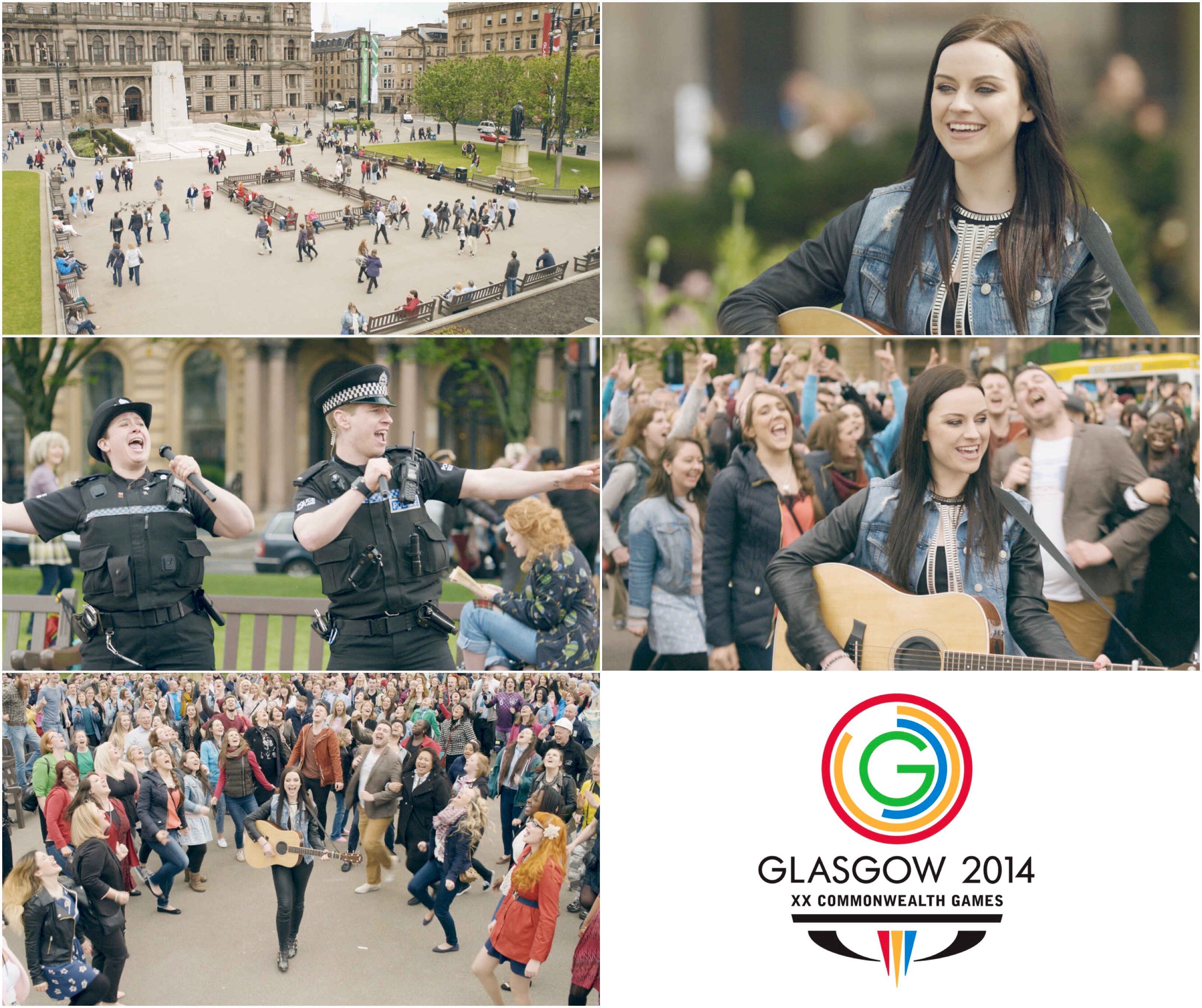 Produced by Jack Morton Worldwide and directed by Steven Boyle, ‘Welcome to Glasgow’ features singer-songwriter Amy McDonald and hundreds of volunteers, in an all singing, all dancing reworking of Rod Stewart’s ‘The Rhythm of my Heart’. Six months in the making, the film was broadcast by the BBC to an estimated global audience of 1 Billion as part of the Glasgow 2014 Commonwealth Games Opening Ceremony. It was also screened inside Celtic Park Stadium on Europe’s largest LED screen (100 metres long, 11 metres high, weighing a colossal 38 tonnes) to a stadium crowd of 40,000.

This brief was challenging: to make a ‘street musical’ with a huge amateur cast with no performance experience whatsoever. After an extensive, two-month open audition process the final cast spent a week at Glasgow’s Barrowlands to participate in an extensive series of workshops and rehearsals to get them ready for the 3-day shoot in Glasgow’s George Square.

The feel-good musical is an embodiment of the slogan ‘People make Glasgow’ – a warm and humorous welcome to the city of Glasgow, from the people of Glasgow. 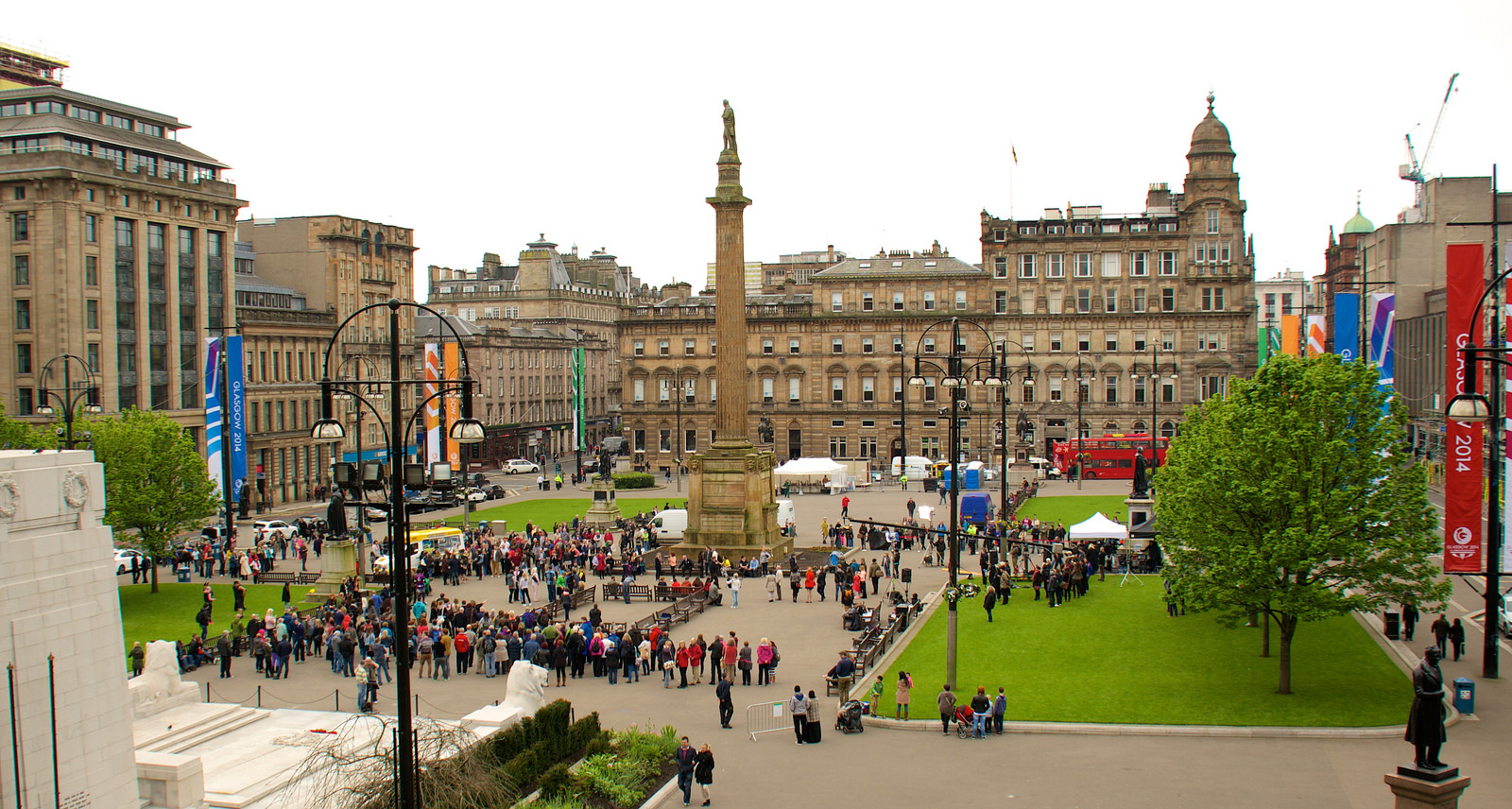